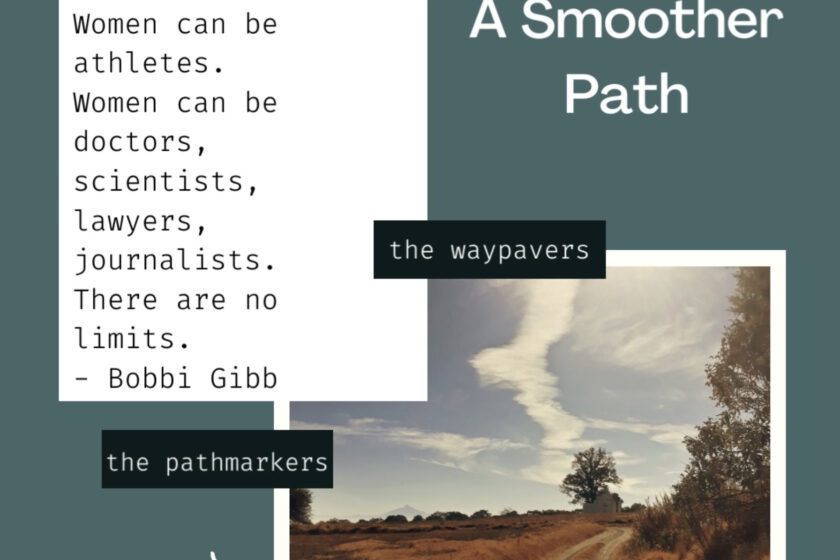 When I went to law school, no one told me I didn’t have a right to be there. No one told me I had taken some man’s place in the class. I got to walk an easier path because women before me had paved it for me.

As the 126th Boston Marathon approaches, and I get ready to participate in the race…as a woman, as a modest religious woman wearing a skirt, I’ve been overwhelmed with gratitude for those who paved the path for me in every area of my life. I’ve thought many times how fortunate I am to have been able to choose any career I wanted. And as I prepare for Boston, I’ve thought how fortunate I am to be able to register for a race without anyone telling me women are too weak to run.

While the Boston Marathon celebrates its 126th running, it’s only the 50th anniversary for women to be able to register for the race. And while tens of thousands of women will line up in Hopkinton to run Boston this year, only eight women ran that race in 1972.

Years ago, Sandra Day O’Connor, the first woman to serve on the U.S. Supreme Court, said, “Young women today often have very little appreciation for the real battles that took place to get women where they are today in this country. I don’t know how much history young women today know about those battles.”