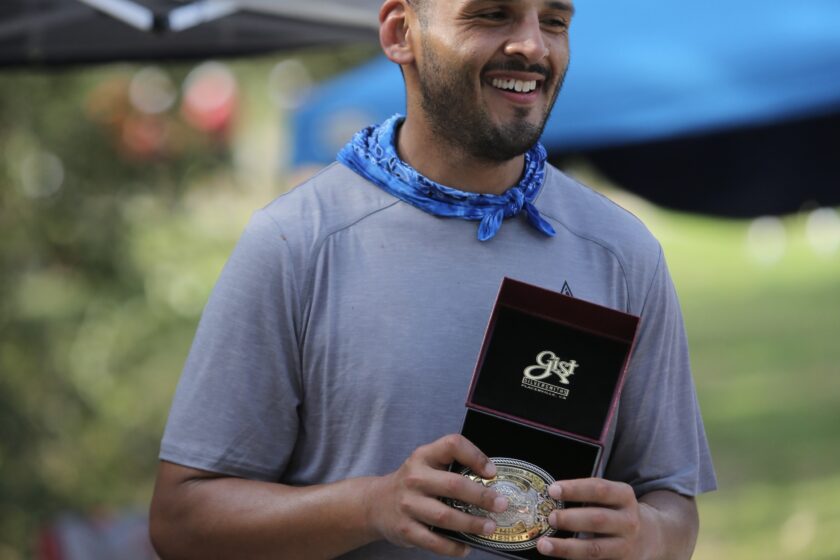 I first had Juan on the show about three years ago with several other ultra-runners. I asked Juan to be a guest again because he recently won the Snowdrop Ultra 55 Hour Race. Juan brought his girlfriend, Veronica, to my house for this interview, so this is really a conversation with the two of them. I enjoyed sitting down with the two of them.

At the Snowdrop Ultra 55 Hour Race, Juan came in first place by running 200 miles during the 55 hours. This was his first time running that distance. In fact, 11 hours before he finished the 200 miles, it was also his first time running 150 miles! What I love most about this conversation with Juan is his attitude toward his endeavors. I tend to have a “I don’t think I can do that” mindset, which I’m aware of and which I’m trying to change, but if you listen to this conversation with Juan, there’s this recurring theme of, “It’s possible.” He looks at situations and declares that they’re possible, so he should give it a try. I love that.

One more thing—it’s not too late to register for the Race for Hope, which will be held this coming Saturday—February 19, 2022, in Lufkin. There is a 5K, half marathon, and marathon. The link to register is in the show notes.

Register for Race for Hope!