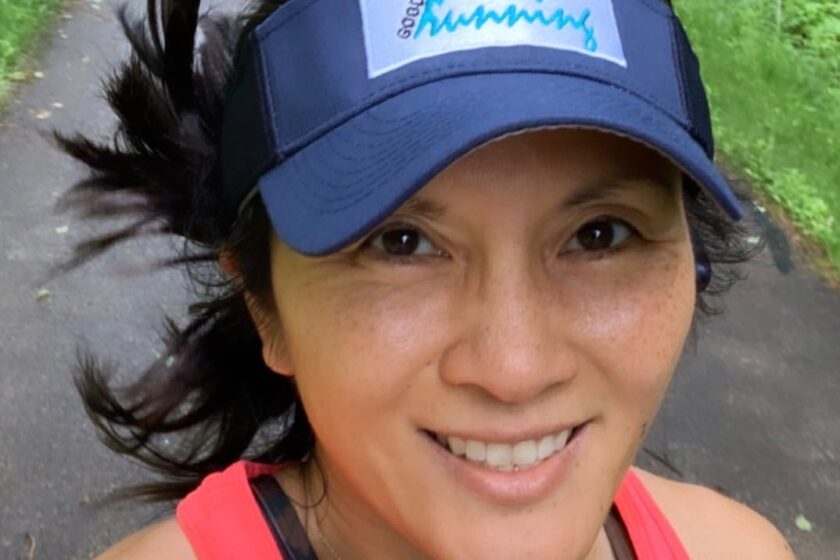 This week’s guest is Angela Pohl. Angela is one of those people who makes you feel happy and joyous when you’re talking to her. I’ve never met her in person, but after spending an hour chatting with her for this podcast, I get the impression she is a doer. I talk about doers a lot and when I do, I mean people who fill needs, who take action, who see problems and try to solve them.

I first read about Angela on Diverse We Run, an Instagram account that highlights and celebrates multiethnicity in running. I loved Angela’s feature on that account, so I started following her on Instagram and asked her to be on the show.

Angela is a runner. She is currently training for her 12th marathon. She’s also run an ultra. It was a 24-hour race and she had a goal of completing 100 kilometers during that race, but she hilariously tells me how that turned into several more miles.

We also talk about Good Running, an organization that Angela helped co-found. I wish I would have had more time to talk more about that organization and I’ll have to have her back on the podcast to talk about it more. Good Running supports non-profits in Angela’s area, but because of the way it’s set up, it also supports local businesses and running. You’ll have to listen to the episode, but it is the neatest concept. If you opt in one month, all you do is make a donation—maybe $20 or $25—to the non-profit of the month and log miles. You accumulate “tickets” for each mile you run and those tickets make you eligible for a prize drawing that month. I love simple, doable ideas for supporting non-profits and communities.

In A Skirt Podcast@inaskirtpodcast·
17 Feb

Texans have all added a new word to their vocabulary and daily usage: ERCOT. It is now a swear word. And there’s no greater irony that the “R” stands for “reliability.”