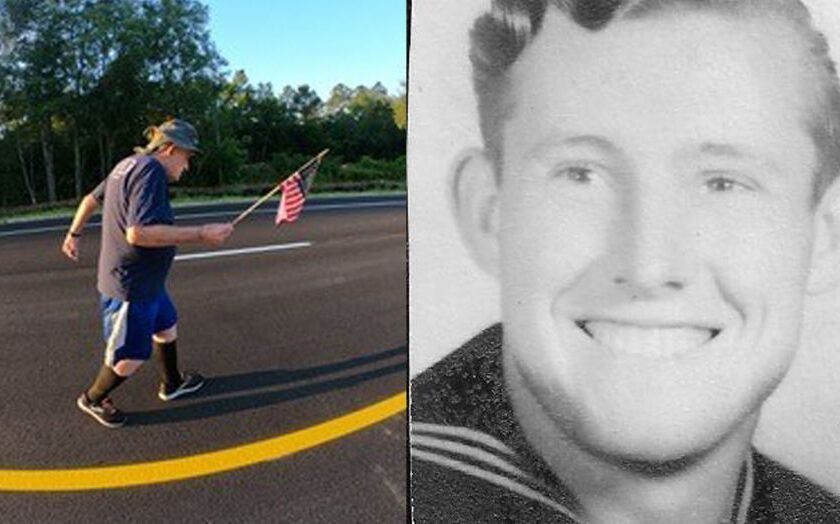 Exactly 97 years ago, a baby boy was born who would grow up to be a young man wrestling with decisions during an unsure time in our nation’s history. Ernie Andrus was just 18 years old when Pearl Harbor was bombed and his generation was propelled into an international crisis. Ernie enlisted in the Navy the summer of 1942 and spent at least part of his time in the Navy aboard an LST.

At 97 years old, Ernie is running across America to raise money for the LST 325 Ship Memorial. About twenty years ago, when Ernie was a young 77-year old, he was one of several crewmembers who brought the LST 325 back from the Isle of Crete. The 325 is the only LST that is fully restored and operational. Ernie’s dream is to take this ship back to the beaches of Normandy for a D-Day Memorial.

Ernie is currently in East Texas and is making his way west to California. He runs a few times a week, always starting where he left off on his previous run. If you are in the East Texas area, I encourage you to find Ernie and spend a mile or two with him. If you are west of Lufkin, be on the lookout because Ernie is coming your way. He is asking for runners and volunteers to join him in his journey.

If you’d like to donate to his cause, I have a link in my show notes.