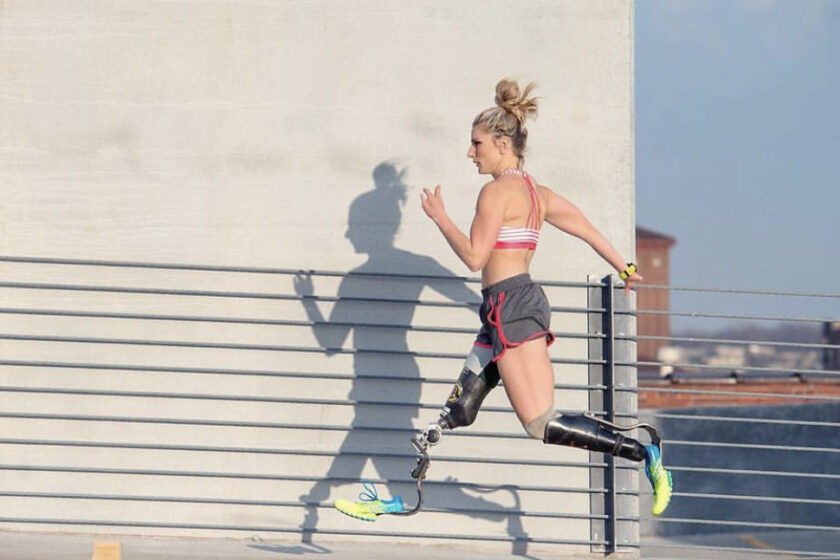 Tanya Khvitsko-Trimborn doesn’t just run. She flies. Nine years ago, Tanya strapped on running blades for the first time. The feeling of flying through the air as she ran for the first time in her life was like nothing she had ever felt before. She hasn’t looked back since.

Marathons, half marathons, 5Ks—she’s run them all. She even stroller runs with her 18-month old son. And Tanya doesn’t stop there. She is also a motivational speaker, occasional model, and has even competed in a bikini fitness show.

Tanya is a native of Belaraus and now resides in Kansas. This episode reveals my ignorance because Tanya had to explain to me what “congenital amputee” means. She also helped me realize that while some may think blade running is less stressful on a person’s body because you can’t sprain an ankle or get shin splints, it’s actually more difficult because your hips and back are having to take the full force of each step.

I really enjoyed getting to know Tanya in this episode. I’ve been following her for some time on Instagram, and you will want to as well after you listen to our conversation. I have a link to her profile in my show notes.

This episode is sponsored by Ucan.