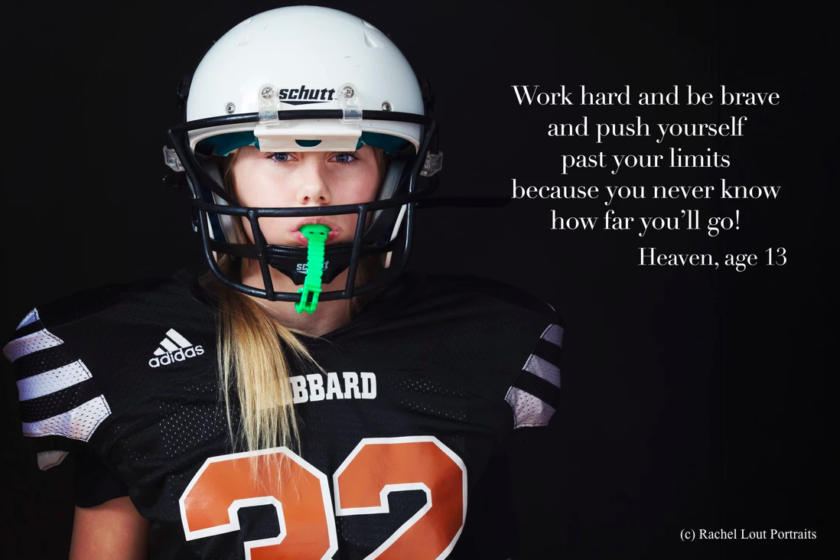 Heaven is wrapping up her 7th grade school year. Football is her one love when it comes to sports, so, at the beginning of this school year, she set out to make the football team. This was no easy task, as you will hear her explain. But she stuck with it, and as she did, the naysayers stopped naysaying.

I first heard about Heaven when I saw portraits of her—one all dressed up like you would normally take portraits, and one in full football gear. Rachel Lout is a portrait photographer in Nacogdoches. To celebrate the 100th anniversary of the passage of the 19th amendment, which made it unconstitutional for states to deny women the right to vote for simply being women, Rachel is working on a portrait series called “100 Years Strong.” The series celebrates today’s women and when completed, it will feature 19 women. So far, the series features a pilot, a triathlete, a roller derby player, a tugboat pilot, and Heaven, a 13-year old female football player.

In this episode, Heaven tells me why she loves football, lessons she’s learned from the sport, and how she felt when she made her first touchdown.

If you would like to view the photos in Rachel Lout’s series, I have a link in the show notes.