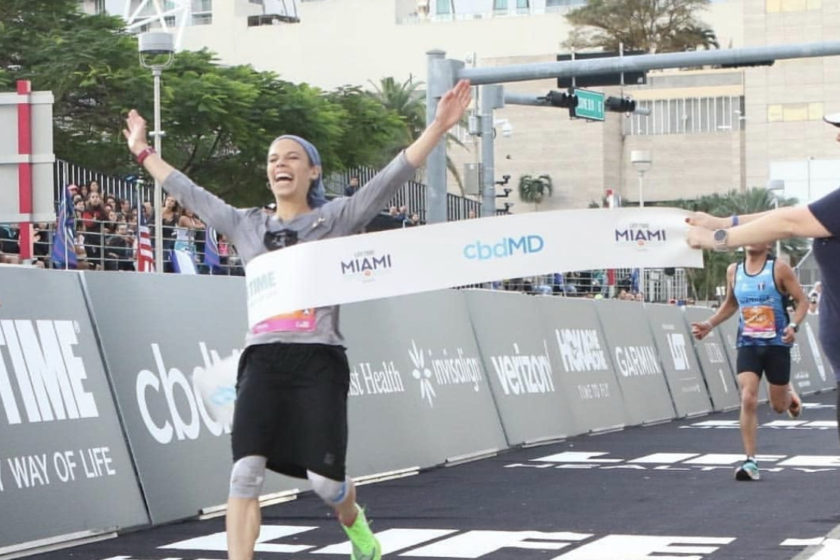 Beatie Deutsch is today’s guest! Beatie was one of my inspirations for starting this podcast. In early 2019, she won the Israeli national marathon championship with a time of 2:42. She made headlines after she won that championship, and a picture of her standing on the podium in her skirt while holding one of her children made running news all over the world. I was amazed at what Beatie had accomplished…in a skirt…and knew as soon as I saw that picture of her that I had to do something to celebrate people like Beatie.

Beatie is 30-years old and a mother of five children. In this episode, Beatie explains why she started running four years ago, how she’s gone from a 3:27 marathon to a 2:32, why she runs in a skirt, and her goals for the future.

Beatie is one of those people who speaks positivity to herself and to others. She doesn’t dwell on negative “what ifs” and instead prefers to concentrate on what she can handle and who is really in control of her life—God. She has had an amazingly successful year, but her rise to professional running is also coinciding with a very tough and strange time for runners. Beatie is currently ranked in the top 80 female marathoners in the world; a ranking that is likely to secure her a spot at the 2020 Olympics. But whether the 2020 Olympics will actually happen is unknown. Races all over the world have been canceled or postponed to help stop the spread of coronavirus. And if the Olympics do happen, it is possible the marathon will be run on a Saturday. As Beatie is religiously observant, Saturday is the Sabbath and she would forego the race. But through these crazy times, and faced with so much unknown, Beatie is remaining calm and positive. Her ambition, hard work, love for her family, and steadfastness to her faith are truly inspirational.

Here is my conversation with Beatie.

(P.S. LISTEN to today’s episode for a chance at a GIVEAWAY to celebrate my 50th episode!)