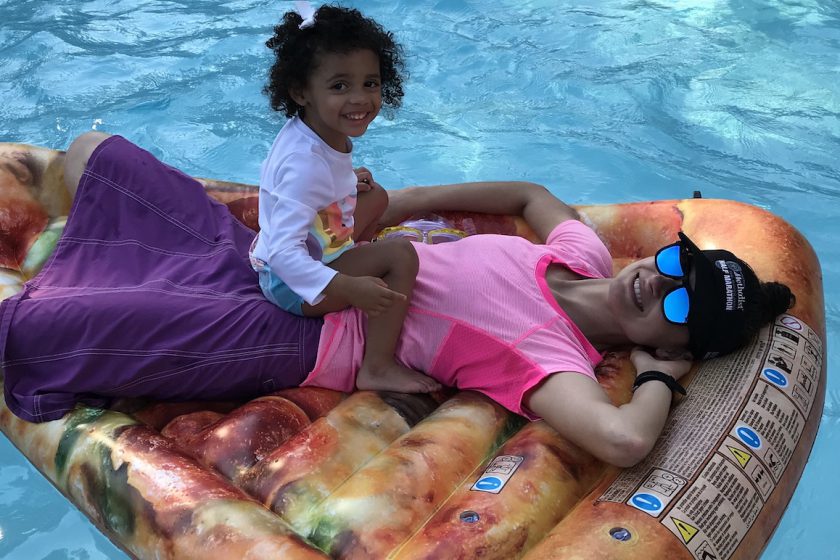 When I started running, I knew nothing about rest and recovery. I thought I could run the same pace and distance every single day, and I couldn’t understand why that pace and distance was easy some days and so very hard other days.

Over the past few weeks, I have been helping out with a group here in Lufkin using the Couch to 5K program to get ready for the Reindeer Run 5K in December. Couch to 5K is a run/walk program that slowly builds up running endurance. I didn’t know about Couch to 5K when I started running, but I followed the same basic concept—running short distances, then walking until I felt better, then running again until I felt fatigued, then walking again. Eventually the running portions got a little longer…then a little longer…and so on until I was able to run a mile without stopping, then two, then three.

But now that I’m helping others, I want them to know all the things I didn’t know seven years ago when I started out. So I turned to an expert…

Rusty Stover has coached a wide range of ages for years. He was the cross country coach at Lufkin High School for a long time until he left sweltering East Texas for the cooler temperatures of Durango, Colorado. And he coached me for a couple of years. He’s also coached a lot of my local running and cycling buddies. One thing that he emphasizes with any athlete he’s working with is the need for recovery.

In this episode, we talk about why some days feel harder on your body than others, what you need to do about it, and just how hard you should be pushing yourself.

When Rusty was writing my running plans for me, sometimes I scrapped what he had prescribed for a day, and did what I wanted to do. He would always send me a text message that said, “Just because you can do something, doesn’t mean you should.” And he was right.

My best running buddy is a high mileage kind of gal. But she’s been running for decades, so her body can handle it. When I ran my first marathon, I wanted to run six days a week with lots of miles. So I did. The result? Well, I had a tough time getting through the marathon and wasn’t able to run for two months after the race. Rusty put me on a bike to recover and the next go-round, he lowered the number of days I was running and sprinkled in a lot of strength training and cross training. The result was a much better marathon. I cut 50 minutes off my finish time and recovered quickly enough to run my fastest half marathon to-date just six weeks later.

As he explained to me then, and as he explains in this episode, you don’t need to compare yourself to others. You need to take the amount of recovery time that is best for you and build your base—your running foundation. As you build that base in a healthy way, you’ll be able to push yourself a little more.

And if you are interested in personalizing your running with a coach, I highly recommend Rusty.

In A Skirt Podcast@inaskirtpodcast·
30 Aug

Dorothy Beal • I Run This Body®@MilePosts

If you survive the toddler years the teen years are sure to get you.