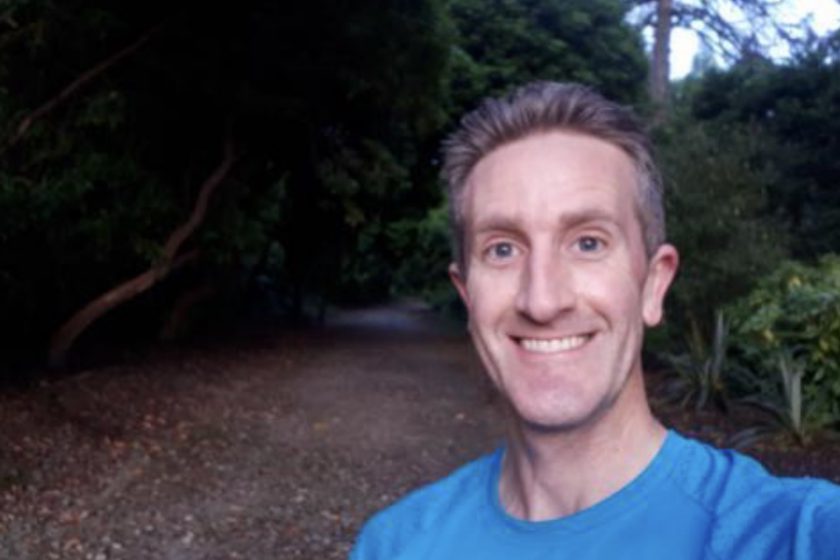 Colin started running just three years ago. I always love to hear stories about people who decided to start running when they were in their 30s or older. It gives me examples to use when someone tells me they think it’s too late in life for them to become a runner! Colin ran his first marathon before he even knew what the words “tempo” and “intervals” mean.

Colin lives in Ireland, and what is so fun about this episode is that although he lives across the ocean from me, we have so much in common and so much to talk about. See…this is running…a community you can join regardless of where you live and regardless of whether you’ve been running since 1976 or 2016.

Although Colin has only been running for three years, he’s progressed quickly and has some fast PRs. He’s also a father of four and starts his runs early in the morning (at a time some would still call “the middle of the night”) so he can be back home when his kids start their day.

Colin also explains how running has helped him with atrial fibrillation, he has a goal of breaking three hours in the marathon, and he has a goal of running a marathon in every European country.

Some interesting takeaways from this conversation are that I have no clue how to convert Celsius to Fahrenheit and “BBQ” doesn’t mean the same thing everywhere.

Also, my husband thought my accent became increasingly more “Texan” the longer I talked to Colin. Like I needed a competing accent or something. 🤷🏻‍♀️

Thank you, Colin, so much for taking the time to have a conversation with me. I enjoyed it and good luck on your future races!

My interview on “I’ll Have Another” with Lindsey Hein